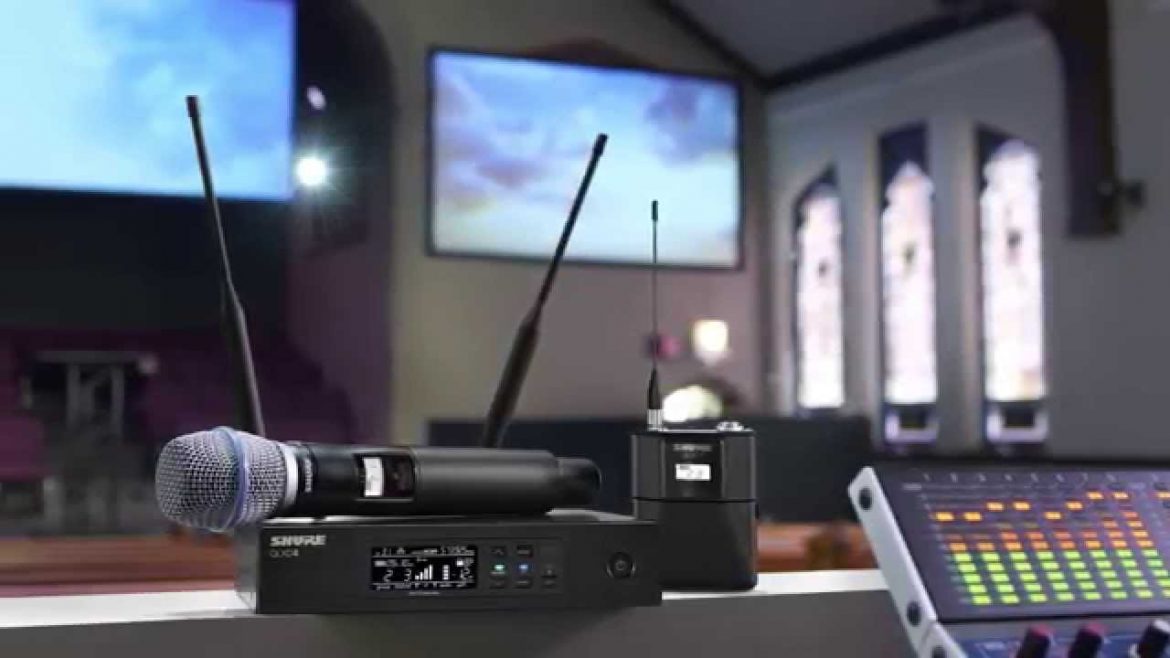 If you’re looking to buy a microphone for your next event, you may be wondering whether to go with a wireless microphone vs wired option. There are pros and cons to both, so it’s important to weigh your options before making a purchase. In this blog post, we’ll break down the key differences between wireless and wired microphones so that you can make an informed decision.

Wireless Microphone vs Wired – How do they work?

Wireless microphones are becoming increasingly popular due in part to their convenience and flexibility. They are great for events where you need freedom of movement, such as speeches, presentations, or performance arts.

As the name implies, wireless microphones don’t have any cords or wires connecting them to your amplifiers or PA system. This means that you’re free to move around on stage without being tethered by a cord. Additionally, wireless microphones are typically more expensive than their wired counterparts.

They are also less likely to pick up unwanted background noise than wired microphones.

One potential downside of wireless microphones is that they require batteries, which means you’ll need to keep an eye on the battery life and make sure to have replacements on hand if necessary.

Another potential downside is that Wireless microphones can sometimes sound slightly compressed when compared to wired microphones. This compression is due in part to the radio frequency signal that’s used to transmit the audio from the microphone to your receiver.

Lastly, wireless signals can sometimes be interfered with by other electronic devices, such as cell phones or wi-fi networks.

Wired microphones are the traditional choice for both professional and amateur musicians alike.

They are a good choice for events where you won’t be moving around much, such as conferences or panel discussions. They are typically more affordable than their wireless counterparts and don’t require batteries or any sort of special setup.

Additionally, wired microphones tend to have a fuller sound because they’re not compressed like wireless microphones are.

However, wired microphones can be a hassle to deal with because they require you to be tethered to your amplifier or PA system. This can be restrictive if you’re trying to move around on stage or if you need to take your microphone with you when you leave the venue.

Another potential downside is that they can be more prone to picking up unwanted background noise if they are not positioned correctly.

So, Are Wireless Mics Better Than Wired?

On the one hand, wireless microphones offer the freedom of movement that wired microphones simply can’t match. This can be a major advantage when performing on stage or moving around a room to give a presentation.

On the other hand, wired microphones are typically less expensive and easier to set up than their wireless counterparts. Plus, there’s no need to worry about batteries dying in the middle of a performance.

So which type of microphone is best? The answer may depend on your specific needs. If you require the freedom of movement that only a wireless mic can provide, then the extra cost may be worth it. However, if you’re on a tight budget or don’t need the added mobility, then a wired microphone may be the way to go.

Why Do Artists Use Wired Mics?

If you’re an artist, chances are you’ve wondered whether you should use a wired or wireless mic. Both have their pros and cons, we’re going to make the case for why every artist needs a wired mic. Keep reading to learn more!

You’ll Never Have to Worry About Batteries Dying

One of the biggest reasons to use a wired mic is that you’ll never have to worry about batteries dying. Whether you’re in the middle of a performance or giving a speech, the last thing you want is for your mic to die unexpectedly. With a wired mic, you’ll always have peace of mind knowing that your mic will work as long as there’s power.

Wired mics are also more affordable than their wireless counterparts. If you’re just starting out, you might not want to invest in a expensive wireless mic only to find out that you don’t even like using it. A wired mic is a great way to test the waters without breaking the bank.

Wired mics are also more reliable than wireless mics since there’s no chance of interference or dropouts. If you’re using a mic for something important like a live performance or speech, this is definitely something to keep in mind. You can’t afford for your mic to stop working in the middle of things!

Last but not least, wired mics are more versatile than wireless mics since they can be used with practically any audio setup. Whether you’re using PA speakers or recording directly into a computer, there’s a wired mic that will work for you.

Can You Record with a Wireless Mic?

Digital wireless mics are great because they’re easy to set up and they provide excellent sound quality. However, there are a few things you need to know before you purchase one.

Read More: What is the Best Frequency for Wireless Microphones?

Wireless mics use radio frequencies to transmit audio signals while wired mics use physical cables to connect the microphone to the audio source. Both have their pros and cons, but wired mics are typically more affordable and provide better sound quality. If you’re looking for a mic for recording, be sure to get a digital wireless mic so you can take advantage of the excellent sound quality.

The right choice for you will depends on factors such as your budget, the type of event you’re planning, and your specific needs. We hope this wired microphone vs wired comparision has helped you narrow down your options and choose the right microphone for your next event!