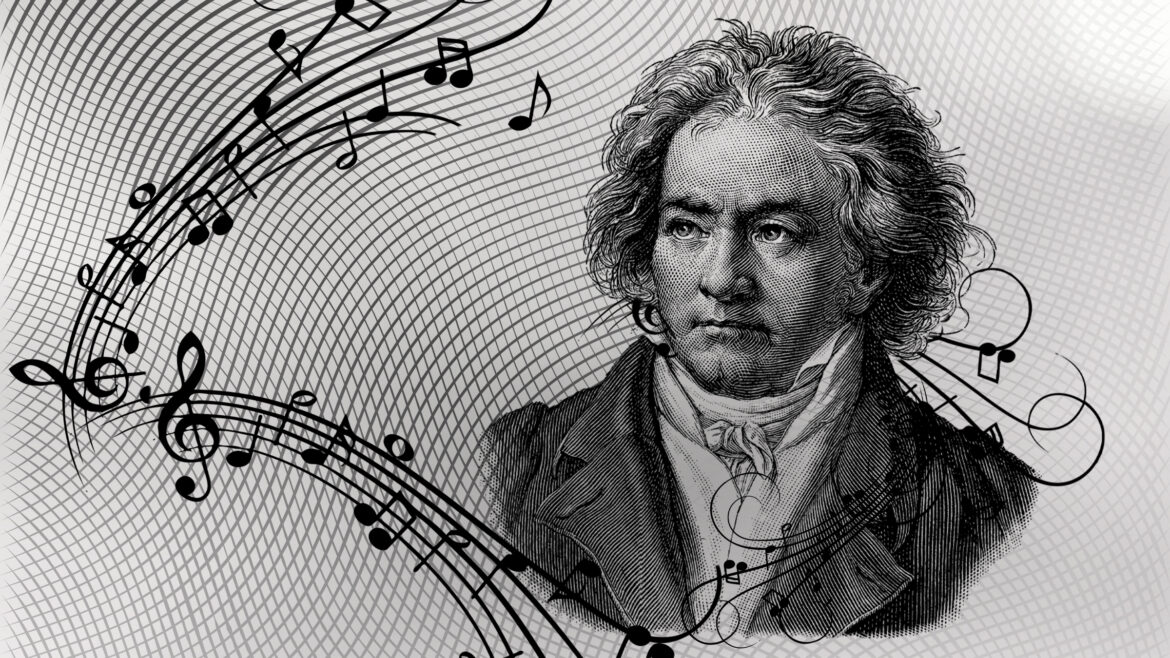 It is impossible to overstate Ludwig van Beethoven’s influence on classical music. The composer was a pioneer in the Romantic era, and his compositions still inspire musicians and audiences around the world today.

In this blog post, we’ll take a look at how did Beethoven go deaf. We’ll also explore some of the most significant moments in Beethoven’s life and career. So if you’re a fan of classical music, or if you’re just curious to learn more about one of its giants, read on!

When and How did Beethoven go deaf?

Beethoven began to lose his hearing when he was in his 28. By the time he was 35, he was completely deaf.

There are several theories about how Beethoven went deaf. One theory suggests that he may have had a condition called autosomal dominant nonsyndromic sensorineural hearing loss, which is a genetic form of deafness. This theory is supported by the fact that several other members of Beethoven’s family were also deaf.

Another theory suggests that Beethoven’s deafness was caused by lead poisoning. This theory is based on the fact that Beethoven exhibited many symptoms of lead poisoning, such as abdominal pain, constipation, and irritability. However, there is no direct evidence to support this theory.

The most likely explanation for Beethoven’s deafness is that it was caused by a combination of factors, including genetics, exposure to loud noise, and poor nutrition. Whatever the cause, Beethoven’s deafness did not stop him from creating some of the most beautiful music in the world.

Despite his deafness, Beethoven continued to compose music and give public performances. He even premiered his Ninth Symphony, which is one of his most famous works, in 1824, while he was completely deaf.

Did Beethoven use a metal rod to hear?

There is some evidence that Beethoven may have used a metal rod in order to hear the sound of the piano. One story goes that he attached the rod to the piano and then clenched it in his teeth in order to amplify the sound. This allowed him to continue composing despite his deafness.

However, it is not clear how widespread this practice was, or whether Beethoven actually used it himself. It is possible that the story was simply a rumor that spread during his lifetime. Nonetheless, it is an intriguing possibility, and one that underscores the lengths that Beethoven went to in order to continue making music.

Ludwig van Beethoven was born in the city of Bonn in the Electorate of Cologne, a principality of the Holy Roman Empire, in 1770. His father, Johann van Beethoven, was a musician in the court orchestra, and his mother, Maria Magdalena Keverich, was a singer.

Beethoven’s family was not wealthy, and his father often treated him harshly, both physically and emotionally. As a result, Beethoven developed a lifelong love-hate relationship with music. On the one hand, he was inspired by its beauty; on the other hand, it reminded him of his unhappy childhood.

Despite his difficult upbringing, Beethoven became an extraordinarily talented musician. He began piano lessons at the age of six, and his first public performance took place when he was just eight years old.

In 1787, Beethoven moved to Vienna to study under Mozart. Unfortunately, Mozart died just a year later. However, Beethoven continued his studies with other prominent composers of the time, such as Haydn and Salieri.

Beethoven’s early compositions were heavily influenced by the music of Mozart and Haydn. However, as he matured as a composer, his style began to change. He started to experiment with longer compositions and more complex harmonies. These innovations earned him a reputation as a radical composer, and some people even thought he was crazy!

One of Beethoven’s most well-known compositions is his Symphony No. 9, also known as the “Choral” Symphony. This groundbreaking work features a choir singing words from Friedrich Schiller’s poem “Ode to Joy.” The Ninth Symphony was so ahead of its time that it wasn’t performed in public until 1824, four years after Beethoven’s death.

Beethoven continued to compose music until the last years of his life, despite the fact that he was completely deaf by 1818. He died in 1827 at the age of 56.

The takeaway from all of this is that, while it’s impossible to know everything about Beethoven, what we do know is fascinating and inspiring. While the cause of Beethoven’s deafness is still a mystery, we hope that this article has given you a better understanding of how did Beethoven go deaf and what life was like for him in the later years of his life.

He was a masterful composer with a unique approach to his art, and he remains one of the most revered figures in classical music history. We can learn a lot from studying him and his work, and hopefully we’ve given you a little taste of what makes Beethoven so special. Have you listened to any of his music lately? What did you think?