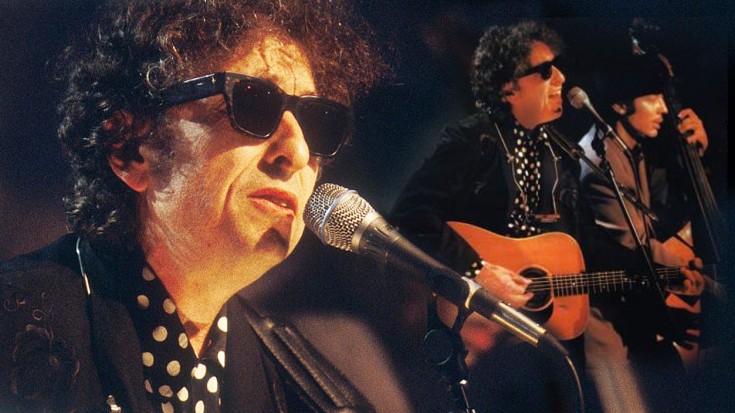 Who wrote knocking on heavens door?

The lyrics of “Knockin’ On Heaven’s Door” can be interpreted by looking at the scene in the movie it was originally written for, Pat Garret and Billy the Kid.

Billy the Kid’s old gang shootout with law enforcement officers. This results in Sheriff Colin Baker being shot multiple times. The Sheriff goes to the lake, and his wife walks over after the gunfight. Their encounter is quite touching. It happens while “Knockin’ On Heaven’s Door” is playing in the background.

Dylan sings, “Mama take this badge from me, I can’t use it anymore. It’s getting dark, too dark to see. Feels like I’m knockin’ on heaven’s door.”

The song has only two short verses that line up with the plot of the movie. In the song, the dying Sheriff refers to his wife as Mama at the time of his death. The verses also describe death in the line of duty with a touching quality.

This is why “Knockin’ On Heaven’s Door” has been so meaningful to many people who have lost loved ones. This includes police officers, firefighters, and veterans. The song has taken on a new meaning to them that is well beyond the movie it first appeared in.

Dylan’s lyrics make you think about how what you once thought was worth dying for might not seem that way when you are actually dying. The song has a peaceful feeling that fits with the theme of death. The lyrics send a solemn message.

“Knockin’ On Heaven’s Door” and its surrounding information

Knockin’ on Heaven’s Door by Bob Dylan is one of the greatest soundtracks of our time. There have been many covers of the iconic song over the years. Musicians including Eric Clapton, GN’R, and Roger Waters have all recorded their own versions. More recently, many other artists have also covered it.

Film screenwriter Rudy Wurlitzer knew Dylan and asked him to compose a few songs for the Western movie Pat Garrett and Billy The Kid.

Dylan’s post-1970s work is loved by many people. One of his most famous songs from that era is “Knockin’ on Heaven’s Door.” Clinton Heylin, a Dylan biographer, describes the song as “an exercise in splendid simplicity.” The song touches on the concept of life and death. It is composed very well and that is why it has many fans from different generations.

As ironic as it may seem, the Dylan version doesn’t enjoy as much popularity as another cover. Some famous musicians have recorded their own versions of the song. These versions are rockier than the original. Just like Dylan’s tracks have been covered many times, this one has too. As a testament to the song’s importance, over 150 notable artists have revisited it.

Some famous musicians, such as Neil Young, Nick Cave, Patti Smith, Paul Simon, Jerry Garcia and Television, have recorded versions of the classic song. British singer Gabrielle sampled the song in her 2000 number one hit ‘Rise’. Dylan was a fan of the song so he allowed her to sample it for free. A vocal sample and chord progression contributed by the Nobel Prize winner were also credited as co-writers.

In the past few decades, the song has been featured on numerous film soundtracks.

This is ironic because Dylan originally wrote the song for the Sam Peckinpah film, Pat Garrett and Billy the Kid. The movie featured famous actors like James Coburn, Richard Jaeckel and Katy Jurado. It also starred country music legend, Kris Kristofferson, as Billy the Kid and Bob Dylan in a mysterious role called Alias. There was a good response to the movie. Scores for the film and for the album of the best original score were nominated for BAFTAs and Grammys.