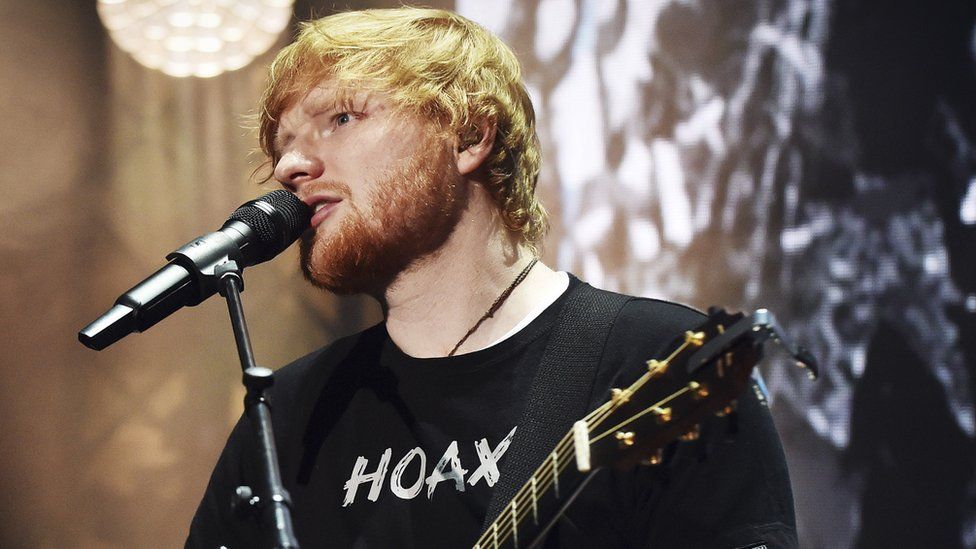 Ed Sheeran has been a household name for years now. He’s had countless hit songs, sold out stadiums around the world, and won numerous awards. Despite all this success, he has also become quite polarizing in recent years. While many people love his music, there are just as many who openly despise it. So what is it about Ed Sheeran that causes so much hatred? Let’s take a look at some of the reasons why people have such strong opinions about him and his music.

Why Do People Hate Ed Sheeran?

One of the most common complaints about Ed Sheeran’s music is that it all sounds the same. This isn’t completely fair; after all, plenty of artists have signature sounds and use them to great effect—but that doesn’t mean they don’t evolve over time. For instance, Taylor Swift has shifted her musical style several times throughout her career, while Ed Sheeran has stayed true to his acoustic-folk sound for over 10 years now. As a result, some listeners feel like they’ve heard it all before from him—and don’t feel like they’re getting anything new or different from his music.

Another reason why some people dislike Ed Sheeran is because of his lyrics. His songs often contain cliches and platitudes about love and relationships that can come off as cheesy or trite—especially if you’ve heard them a few too many times on your local radio station. Many critics have also pointed out that while Ed Sheeran sings about love quite often, he rarely digs deeper into more complex topics or emotions—which some listeners find shallow or unfulfilling.

Finally, there are those who simply think that Ed Sheeran receives too much attention in comparison to other artists who may be just as talented but don’t get nearly as much airtime or coverage in the media. To these critics, it seems like every time you turn on the radio or open up Spotify, there’s another EDM-infused pop song with an infectious chorus written by him—and that can be wearing after awhile.

The Game of Thrones Cameo

In 2017, Sheeran made an appearance as a Lannister soldier in the seventh season of Game of Thrones. His character sang “Hands Of Gold,” a song about Tyrion Lannister that was mentioned in George R.R Martin’s novel A Storm Of Swords. The scene was met with mixed reactions from fans; some enjoyed the unexpected surprise while others felt that it was too out-of-place and distracting. Regardless, most agreed that Sheeran’s performance was just okay—not great, but not terrible either.

The criticisms surrounding Sheeran’s cameo on Game of Thrones reached fever pitch when he received an Emmy nomination for outstanding guest actor in a drama series for his performance—a move that many felt was undeserved and purely for publicity purposes. This incident added fuel to the already growing fire; people began to express their disdain for Sheeran by referring to him as “Ed Sheerio” or “Sheerio,” parodying his catchphrase “Sheezus” from his album X (2014). The backlash against him only intensified when he released two more albums in 2017 and 2019 respectively; people began to accuse him of trying to capitalize on the success of Game Of Thrones by releasing music timed around its airings.

People’s reactions to celebrities are often based off of their physical appearance and unfortunately, Ed Sheeran is one whose face gets a lot of attention for all the wrong reasons. From jokes about him looking like a hobbit to claims that he resembles a ginger chameleon, people often let their perception of Ed’s physical traits stand in the way of appreciating his music. For those who aren’t fans, it appears that how much they “hate” Ed Sheeran is measured by how vehemently they can point out his less than attractive features; measuring in bizarre stares and offensive comments towards him. Ultimately, we must remember that this artist has more to offer than just an aesthetic appeal and one should take the time to appreciate what makes him so special.

Because He’s a ‘nice guy” or in other words, he doesn’t look like a bad boy.

Many people find Ed Sheeran to be too goody-two-shoes and uninteresting due to his lack of a “bad boy” image. Afterall, it’s more difficult to become endeared with someone who hasn’t experienced life’s trappings like online feuds and a “feral” lifestyle. That being said, Ed Sheeran is still able to deliver important messages that stem from his own experiences with emotion and love. He makes music relatable to everyone, regardless of the baggage they have encountered in life. Ultimately, it seems people dislike Ed Sheeran because of his nice demeanor, when in reality we could all use more of the lessons he has learned – that kindness is an attractive quality and doesn’t have to come with attitude or an edge.

In conclusion, there are multiple reasons why Ed Sheeran might be so polarizing among music fans—from releasing too much music too often to lacking any real emotion when performing his songs onstage. That said, it’s important to remember that everyone is entitled to their own opinion when it comes to artistry—and sometimes those opinions can be quite strong! Why do People Hate Ed Sheeran? Whether you love him or hate him, one thing remains true: Ed Sheeran will continue to make headlines for years to come whether we like it or not!