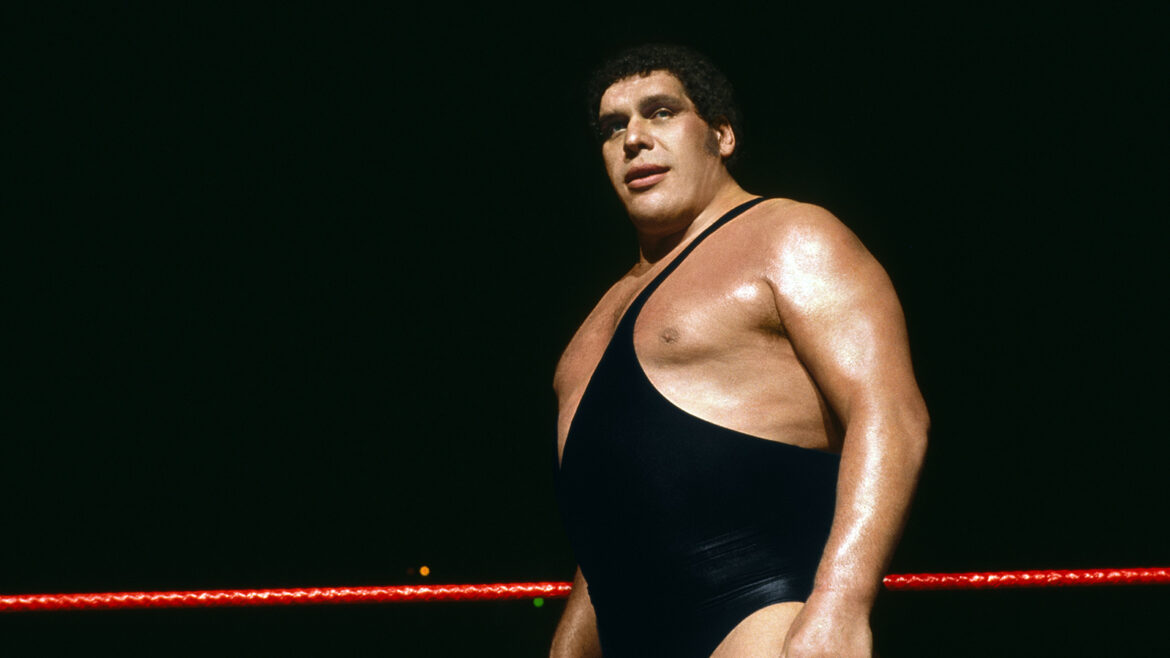 Andre the Giant had acromegaly, a hormonal disease that causes the release of excessive growth hormone and resulted in gigantism. Andre’s huge frame was a key reason he dominated wrestling in the 1970s and ’80s. He amassed millions of dollars, rose to international fame, and achieved crossover success in The Princess Bride. In 1987, Andre took on Hulk Hogan in Wrestlemania III at the end of his career. Andre died in France at the age of 46.

André the Giant was born on May 19, 1946, in Coulommiers, France, as André René Roussimoff. He was born weighing 13 pounds. He was born in Molien, 40 miles east of Paris. Although Andre was referred to as a Grenoble native in wrestling, he actually grew up in Molien, in the French Alps. He had two older and two younger siblings. Andre sometimes got a ride to and from school from famous playwright Samuel Beckett, who was a neighbor.

Andre left school when he was 14 and started working. According to his family, it was around this time that his appearance changed because of the acromegaly. By the time he was 15, he had grown to be nearly 6-foot-6.

His exact height is unknown. He was frequently labeled as 7-foot-4 throughout his wrestling career, but the world of wrestling is prone to exaggeration. His French passport listed his height in meters, which translated to just under 7-foot-2. Andre may have been a 7-footer, according to some sources. Others claim he was considerably shorter.

Andre the Giant’s health and death

Andre was diagnosed with a rare condition called acromegaly in his early twenties, which was an extension of his previous gigantism. Excess growth hormone causes both of these illnesses. It was reported that he would die young.

Andre had an appreciation for food and drink, which he may have developed as a result of the prospect of death at middle age. The heavy man consumed at least two cases of beer each day – around 700 calories worth of cold ones… per day. According to legend, he consumed 117 bottles of German beer in one sitting.

To relieve the pressure on his heart, he had fluid drained when he learned of his condition. But, he later refused to have a surgical procedure in the ’80s to address his poor health. He reportedly remarked that if God wanted him to be this size, it was the way he would be.

The wrestler’s size, as well as his increasing age, made walking more difficult. His 160-acre ranch near Rockingham, North Carolina, is where he moved after retiring from professional wrestling. He founded a cattle ranch on this site, and he raised longhorns and quarter horses.

On the night of January 27, 1993, Andre the Giant died. He was found sleeping in a Paris hotel room. The irony lay in the fact that he was in Paris to attend his father’s burial. The hotel was known as Hotel De La Tremoille in France. He fell asleep and never woke up.

He died just days after his arrival in the city. Mr. Andre’s death was attributed to congestive heart failure. Robin Christensen Roussimoff, the child of the wrestler, is his only daughter. She was born in 1979.

If he had had the operation to reverse his poor health in the ’80s, his heart would not have been under such stress. As was true for acromegaly patients, Andre’s body and organs deteriorated over time, which helped to explain his death.

Read More: What Happened to Gotye? What is He Doing Now?